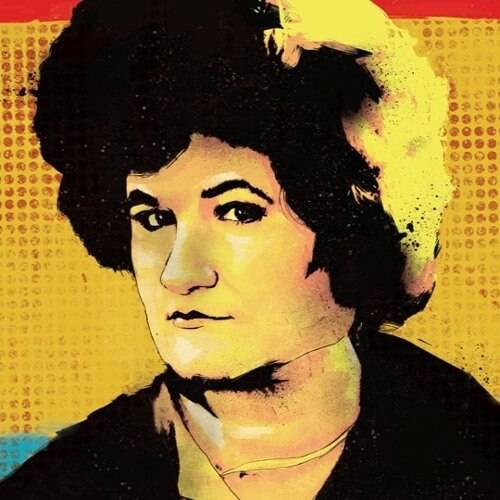 Her career as a professional musician started in 1971, during her final year at the university, with the encouragement and support of the Ankara-based music producer Erkan Özerman. The six singles she released that year, in which she interpreted traditional Turkish folk songs in a strong, emotional voice, accompanied by a simple acoustic guitar or ‘bağlama’, carried her to national fame. In 1972, she was selected by the Turkish Ministry of Foreign Affairs to represent Turkey in the international Golden Orpheus song contest. She released twelve more singles and three LP records until 1980 and toured many cities in Turkey and western Europe. Many of her songs carried strong social criticism and solidarity with the poor and the working class, which made her especially popular among the left-wing activists and sympathisers during the politically polarised 1970s.

She experimented with rock and roll and with synthetic and electronic sounds in her LPs, although her musical style remained firmly rooted in the folk tradition. After the 1980 Turkish coup d’état, she was persecuted by the military rulers due to her political songs, and was imprisoned three times between 1981 and 1984. Her passport was confiscated and held by the authorities until 1987, which, among other things, prevented her from attending the first WOMAD Reading festival in 1986. Partly thanks to pressure from WOMAD, her passport was returned in 1987 and she immediately started a European tour, giving concerts in the Netherlands and the United Kingdom in the same year. –Wikipedia

And here’s the original: