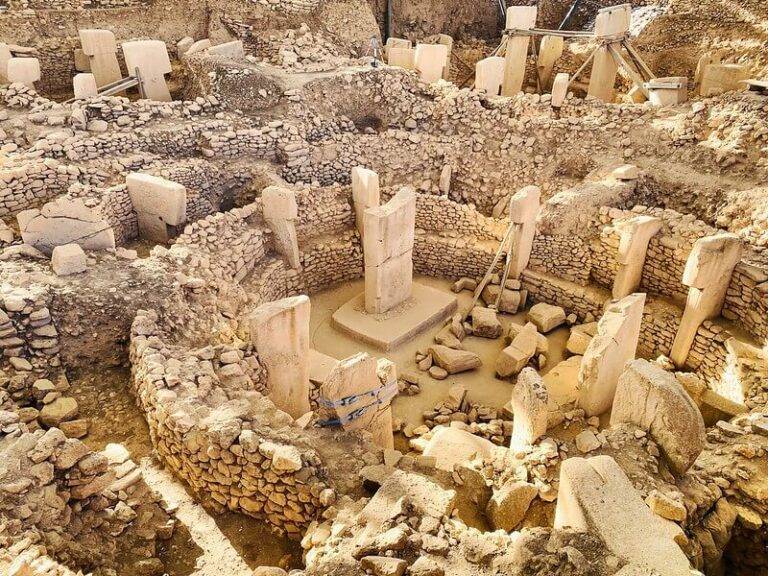 Gobeklitepe: The Oldest Temple In The World

An archeological site in Turkey, known as Gobeklitepe, is currently the oldest known archeological site with evidence of significant and prolonged construction activity by humans. Evidence suggests that it was some sort of religious/gathering place for people.

The real kicker- The site was built about 12,000 years ago, was active for over 3,000 years and then methodically covered up in the 8th millennia BC.

Its excavation contradicted the then popular view that an established agricultural system was necessary for large-scale mobilization and co-operation amongst human beings.

Archeological evidence from that site suggests that it was built at the very beginning of the transition from hunter-gatherer to agriculture based societies, as the remains of wild versions of cereals such as wheat have been found at that site.

Archeological discoveries in Urfa continue to yield exciting results with each passing day. Scientists are rushing to see the remains of an 11,500-year-old temple discovered in Gobeklitepe.

Furthermore, a 13,500-year-old statue, the world’s oldest, discovered during an excavation in Balıklıgöl has astonished archeologists from all over the world. Assistant Professor A. Cihat Kürkçüoğlu of Harran University claims that the history of civilization began in Urfa.

The Göbekli site is spread over an area of about 22 acres on a sort of plateau among the hills. There is a gently rounded mound, about 300 meters in diameter and 15 meters high, on the plateau. From the site there is an almost uninterrupted view of the horizon on all sides. 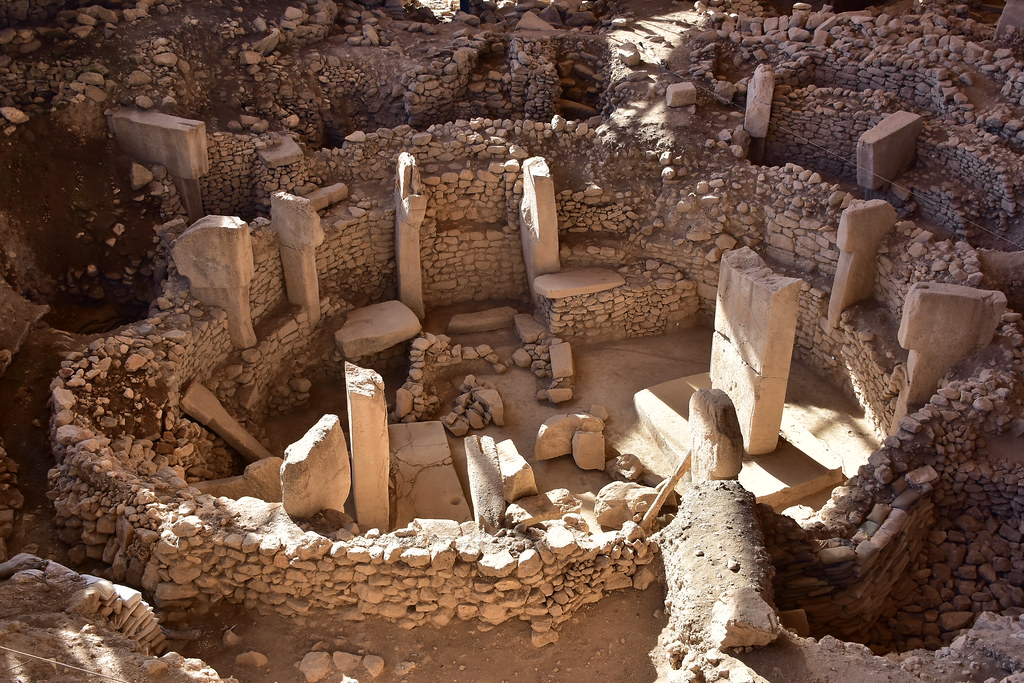 To the north is the Taurus range, to the east the Karadağ. In the south, the Harran plain stretches away to Syria. To the west is a series of ridges over which the road from Orencik traverses, to reach the site.

“Wow,” exclaims the visitor from New Zealand, a place, after all, with a human history shorter than most. For from a wooden walkway we’re gazing down at an archaeological site of giddying age.

Built about 9000 BC, it’s more than twice as old as Stonehenge or the Pyramids, predating the discovery of metals, pottery or even the wheel.

This is Gobeklitepe in south-eastern Turkey, generally reckoned the most exciting and historically significant archaeological dig currently under way anywhere in the world, and there are neither queues nor tickets to get in.