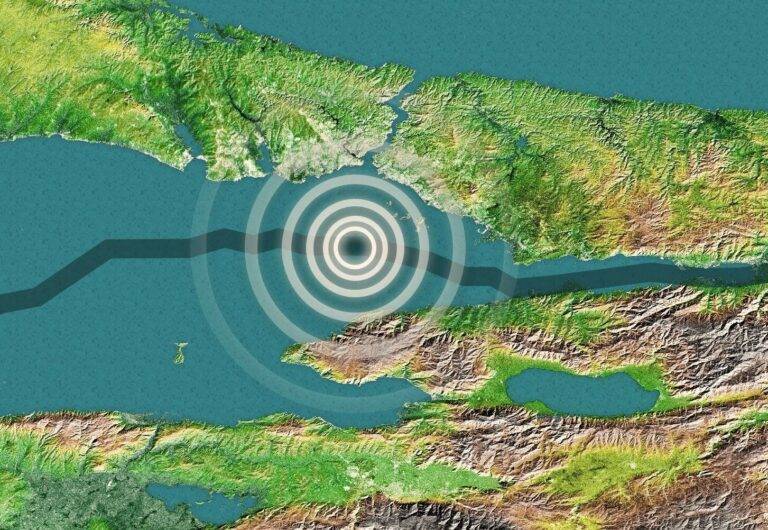 Prof. Dr. Marco Bohnhoff, working at German Research Centre for Geosciences, recently stated that the risk for Istanbul’s expected earthquake is even more dangerous than thought. In the light of the most recent data gathered, next big quake will be no less than 7 on The Richter Scale.

It is also stated by Dogan Kalafat, the head of Bosphorus Observatory, that the risk of the earthquake happening in the next 7 years is about %50. And it is higher than %90 that it would happen until 2070. So it is definitely happening!

So how prepared is this metropolitan city?

Not prepared at all! Although there has been immense amount of effort to re-build risky structures or at least reinforce them, the city is so huge that one would need several centuries to adequately complete the entire steps that need to be taken.

Mr. Kalafat also mentions that when the earth starts shaking, it’s expected to have at least 5000 buildings collapsing within seconds. Add tens of thousands of other buildings either partly or fully damaged. Considering that there are about 1 million buildings in this city, these numbers might even be a bit optimistic.

“In a major earthquake we would expect 40-50% to receive some sort of damage; 3-4% would be very badly damaged, with perhaps 5,000 experiencing pancake collapses.”

Scientist are not in exact agreement on how many will die but almost all studies estimate that the losses will be quite mind-bending. We lost more than 17000 lives in 1999 earthquake which happened in a rural area. It’s been more than 19 years since then and Turkey was supposed to be way more prepared than it currently is.

“There are areas of Istanbul declared more vulnerable than others: Zeytinburnu, for example, a fast-growing suburb to the west of the city, built on soft soil near the Marmara Sea.

Seyda Sever works for a disaster awareness campaign group, and spends a lot of time in Zeytinburnu, trying to help its inhabitants prepare themselves for a quake.”